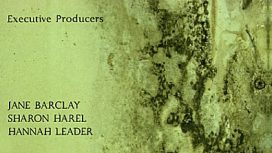 eXistenZ is a signature David Cronenberg movie. A recurring theme in most of his movies is the merger between the human body and technology. Existenz is a sci-fi thriller that takes place in the near future where the border between virtual reality -a game world in this case- and the real world is blurred. People install bio-ports in their lower back which allows them to connect to game worlds through a direct connection to their central nervous system. 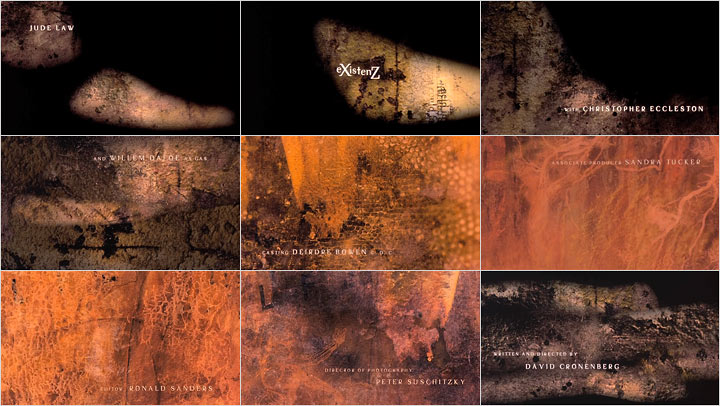 The movie opens with white titles against a black background. A beam of light illuminates what looks like several layers of organic textures sliding over one another – a poetic visual metaphor for the simultaneous existence of multiple realities.

The imagery is almost abstract, resembling space photos of the earth’s surface or extreme close-ups of organic material. Occasionaly, a clear image appears and fades away. A human spine, a fishbone. Cuppacoffee‘s main title design evokes an overall feeling of mystery and suspense.

Born in Gdansk, Poland, Rob Pilichowski currently resides in Toronto, Canada and takes on freelance projects around the globe.