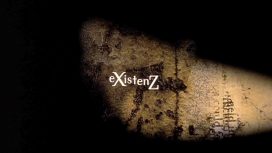 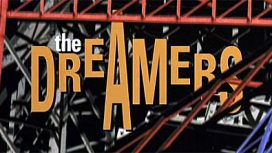 “Because ‘Spider’ is about a schizophrenic, Rorschach’s psychiatric tests were brought up in our discussions as a concept for the titles,” explains creative director Warren Brown. “Earlier in the development stage we read Patrick McGrath‘s novel upon which the film was based. There is a scene in the novel which didn’t make it into the screenplay, where Spider’s mother makes up stories about the images they see in the stains of their walls. We thought that combining Rorschach tests with the notion of looking for meaning in abstract stains was an interesting way to foreshadow the plight of the main character.

“Not only did we creep through alleyways and basements of old buildings to gather the images for the titles, we also had the opportunity to photograph the wallpaper and walls used on the sets of the movie. Picking from hundreds of digital stills, we cut and flipped the images to create symmetrical Rorschach images.

“David Cronenberg described film titles to us as a vestibule before the film; a time for the audience to segue into the world of the film. When I went to see the film at a local theatre, I was amazed to hear people in the audience whispering about what they saw in the images!”

About Warren Brown and Hector Herrera