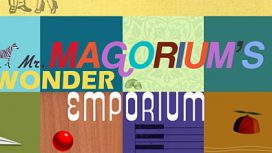 The ever-suave cat, that eternal prankster in princely pink has not lost his nerve or his panache in 2009. Once more he takes on his beloved role as the stylish and distinct tormentor of Inspector Clouseau for the title sequence of The Pink Panther 2, directed by Karin Fong of Imaginary Forces.

The second American instalment in the Pink Panther movie franchize honors the tradition of the elaborate animated title sequence. As the respected movie critic Roger Ebert of the Chicago Sun-Times put it: “I was smiling all the way through the opening credits of The Pink Panther 2. They made me miss the golden age of credits, when you actually found out who the actors were going to be, and maybe saw a little cartoon in the bargain.”

The honor to revive and, apparently, update the character “for today’s audiences” went to veteran main title designer Karin Fong of Imaginary Forces. We interviewed her on camera in May 2009, after her presentation at the Flux/Watch the Titles event at the Hammer Museum in L.A, where she, among other things, talked about designing The Pink Panther 2 title sequence.

Karin Fong: “An influential main title for me was the original Pink Panther cartoon, because it really played a lot with the typography in a very cartoony way. I am a huge fan of things like Sesame Street and Schoolhouse Rock… Some people would say ‘cartoon style,’ but it’s really quite clever how you work in the word play and visual puns. That always struck me as a very imaginative main title … It departed from the look of the movie, which is live action, yet became a signature for the film.”

“Of course they’ve been making an animated Pink Panther title for each of the movies over the years. Over time you can see differences in animation style – the characters have changed a little from the early 1960s till now. You have to remain true to the Panther character – that sense of mischief, yet being a really cool cat. This movie takes place in the present day and it’s very important to connect it to the present day. It’s about capturing that spirit of the Panther, the kind of jokes he would play on the inspector, the kind of antics they would have. But yet giving it the backgrounds, the sceneries, the effects that would update it for todays audiences.”

Karin Fong is one of the most prolific and versatile title designers of the last three decades, often referred to as the “Saul Bass of her generation”. She’s a chameleon able to adapt to almost any style, often alluding to metaphorical or surrealist interpretations of the show’s narrative to great effect.

on The Pink Panther 2