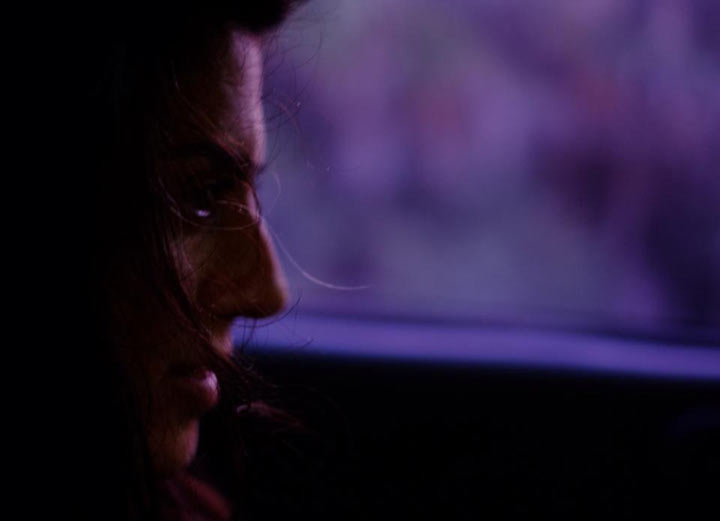 Manija Emran first became interested in typography in school, via one of her type teachers. After her studies and some work experience in Montreal, Manija combined her love of adventure with that of her work. She lived in a number of cities, working with the designers she admired.

MH: “My typographic heroes mainly stem from the print world. Moving from Montreal to London, I was hungry to learn from the best and during that time, I fell in love with Vince Frost’s work and made the decision to hunt him down and try and work for him, which I did. After Vince, I tracked down another typographic hero of mine, Philippe Apeloig and started to work for him in Paris soon afterwards. At the same time as working for him, I worked with another French graphic designer, Pascal Colrat. The two allowed for an immense contrast. Pascal’s work was very image based and his work method very free, Philippe’s was type based and very intricate.

“Working alongside my heroes and seeing how their ideas came to life was the most inspirational part of my career (…) I’m fascinated by deconstructing typography, something that Philippe does with a lot of his work. I find that you can discover whole new inspirations when you start to break apart things that you think you know.”

Manija was first drawn to title design because of the potential of bringing type to life on the big screen “In print, you can do a lot to give a pulse and character to type, but there is a limit which you reach, or at least I did. And so I made the jump, only to realize that funnily enough, typography is quite often overlooked in motion and title design, at times even an after thought. This to me was astonishing, as I thought that that was what title sequences were about: stories that tell the viewer the names of the creative crew in a film, and show you or reveal the names in an exciting way.” continued…

In title design in particular, typography is used to express an emotion. Designers use certain typefaces to tap into our collective memory and trigger specific associations. How do you use that as a designer?

“We live in a world saturated with type, and I think it’s true that certain typefaces seemingly fit particular genres with established memories; we have become used to the Barnbrook style fonts signifying horror, the cold 3-D metal on a Marvel film, sliding shards on a sci-fi, or Helvetica with a Maurice Binder Bond title sequence. This is actually quite fun because now we can play with this in a very post-modern way and build upon expectations, and try to avoid the default choices.

“I usually have typography lead the design as much as possible. And if it can’t, then at the very least the typography should compliment the design and add a little extra depth.” Manija also did the typography for Snow White and the Huntsman, also at The Mill+. She  designed the Fright Night title sequence, “the first 3-D title sequence that I have worked on with a fun exploding blood typography treatment.” Other titles include lots of handmade stuff at Prologue Films, including designing for the Main Titles for Robin Hood, Bad Teacher and The Help.