Jamie Caliri was born in 1970. After studying Animation and Filmmaking at Cal Arts, he directed several commercials and logo treatments in the early to mid 1990’s. In the late 1990’s Caliri left animation behind, for some time at least, to direct live action music videos for the likes of Marcy Playground. Caliri directed the 1997 promo for Morphine’s ‘Early To Bed’, which earned him a Grammy Award nomination for Best Live Action Music Video.

Caliri’s influential animated end credit sequence for Lemony Snicket’s – A Series of Unfortunate Events remains in the top 5 of the “most viewed title sequences” on Watch The Titles. In 2009, Jamie Caliri and his creative team were nominated for an Emmy for Outstanding Main Title Design for the titles of HBO’s TV series United States of Tara, which we also featured. Another highlight in his career is the stop motion animated commercial ‘Dragon’ for United Airlines.

In 2009, Caliri joined Garcon Yu, Kyle Cooper, Karin Fong, and Danny Yount to present his title work at our Watch the Titles event in the Hammer Museum in L.A. 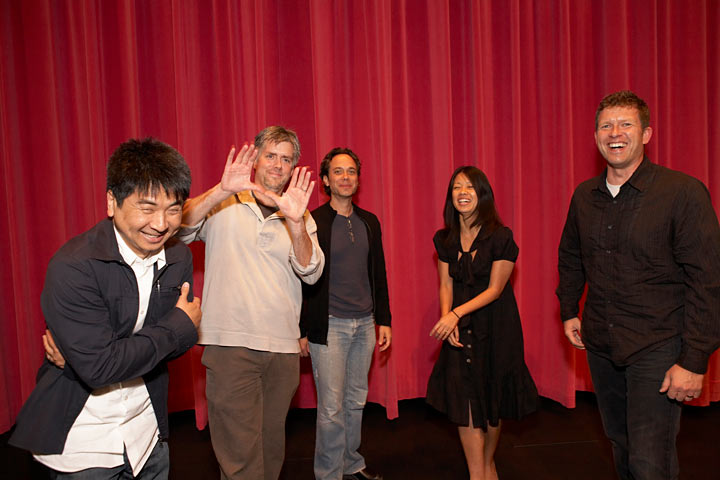