We interviewed Olivier Marquézy in 2008 in his studio in Paris, France. Together with Stéphanie Lelong he forms Studio Deubal – a creative studio that specializes in illustration-based motion graphic design, print and animation. 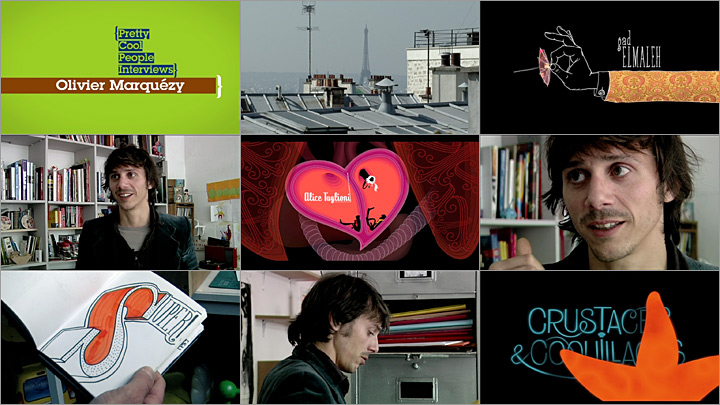 When we arrived at the studio, Olivier had just finished the title sequence for Ça Se Soigne which had robbed him from his sleep. The project was still under embargo, so he couldn’t show it to us yet. Instead, Olivier shows us some of the other title sequences he’s designed and introduces us to his hobby, video scratching.

This interview is part of Submarine Channel Profiles.

Produced and published by SubmarineChannel.com

One response to “Olivier Marquézy Interview”