Title sequences are no longer the exclusive domain of the movies. Trade shows, festivals and events use them to introduce sponsors, guests, or speakers. These kinds of titles are made to impress. They have to be really cool because it’s about conveying the right image and about prestige, but mostly it’s about designing an experience for the visitors of the event. Not so much different then from creating a main title for a movie? We asked creative director and main 3D compositor Scott Wenner of the Minneapolis-based studio motion504. 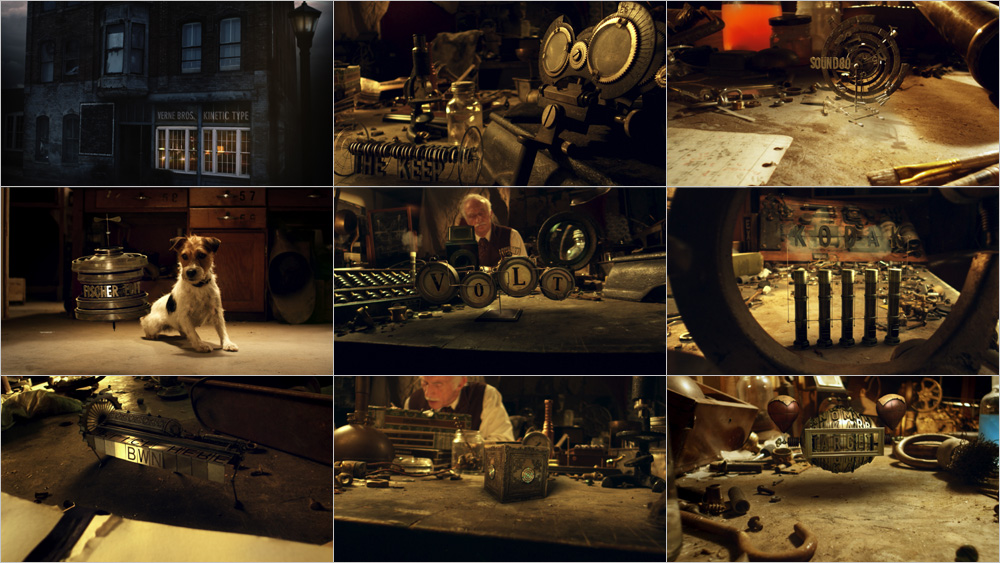 “Titles for events or conferences provide a really unique opportunity in that you’re not quite as bound by the narrative or style of the film that follows. You’re a little more free to make a standalone piece,” explains Wenner.

Compared to most event title sequences on Watch the Titles, Motion504’s titles for the annual AICP production industry show has a certain nostalgic, almost Spielbergian quality. The setting is an inventor’s workshop. The names of the show’s reception sponsors are magically revealed by intricate, kinetic, self-powered machines.

“I’ve always romanticized the idea of the solitary craftsman making things by hand in a workshop,” Wenner says, “I ended up bridging that with another interest, which is a kind of vintage, pulpy science fiction – mysterious inventors and scientists ahead of their time, creating the impossible.

“After working through this initial concept at motion504, I had a producer friend go out on a bit of a mini location scout to look for workshop settings. We got lucky and he found a pretty ideal space at a salvage yard in Minneapolis. We then put together a production crew consisting of some talented people I wanted to work with. I built a few key props and then our art department filled the space with tons of other great stuff that had no obvious time period attached. As a huge fan of films like Delicatessen and City of Lost Children, I love the aesthetic of combining elements from different time periods, mixing the old and the new. I was after a specific feel and color palette and I think in the end we achieved what had been floating around in my head.

“On the post side, I made a library of little parts like screws, brass arms, type, moving gears, etcetera. It made building the gadgets much easier, almost like playing with Legos. We set up a little two-person pipeline in-house with Amy Schmitt doing all the matchmoving, lighting, and rendering while I did the modeling/animating and compositing.”

Several viewers commented on the quality of the sound design.

“Yes, Carl White at Brahmstedt White Noise in Minneapolis did all the sound design,” says Wenner, “He was excited about the project and it’s evident in the mix and all the great foley work. We had an initial discussion about what I had envisioned for the piece but beyond that I mostly just let him do his thing.”

How did you come up with the ideas for each specific object? Some viewers were reminded of the mystical puzzle box from the Hellraiser movies, or the stop motion films by the The Quay Brothers. The self-powered kinetic devices made me think of the inventions of Nicola Tesla.

Wenner acknowledges his fascination with tiny gadgets, handcrafted boxes and the like. “Whenever I start thinking about a concept for a piece, I start compiling reference folders for everything about it. Photography, books, color looks, similar animation or effects clips. You can never have too much reference material and it helps that I’m a total pack rat. The gadget building was like an exercise in product design. I had to figure out how they could actually move and accomplish their goals first, and then pretty them up and try to add some detail, complexity and a little mystery. A handful of the gadgets were directly inspired by some of the objects you mentioned. The similarities to the Lament Configuration from Hellraiser for instance, and certain Tesla-like references are not accidents. When you have just a few minutes to tell a story in a title sequence, I think it’s not unwise to sometimes use mechanisms that have a certain familiarity or make an outside connection that helps you to deliver the mood and tone you’re trying to achieve.” 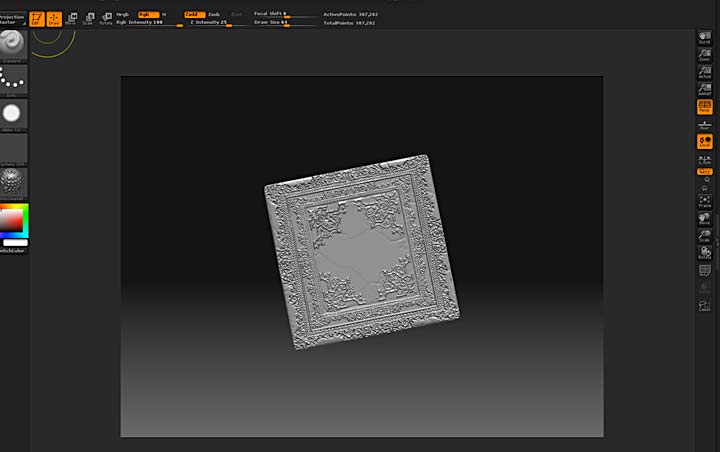 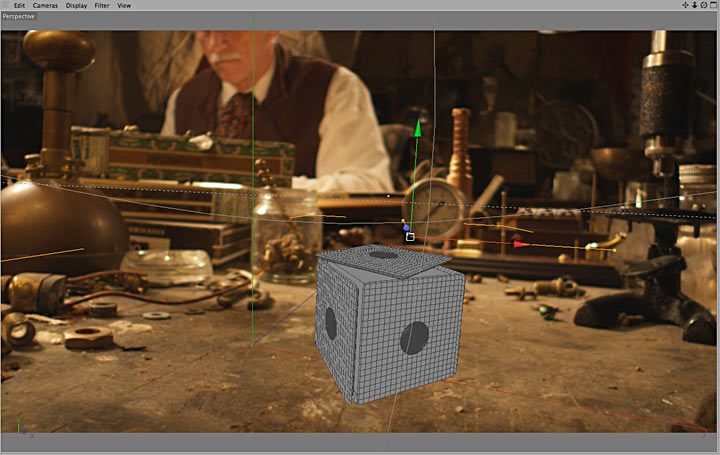 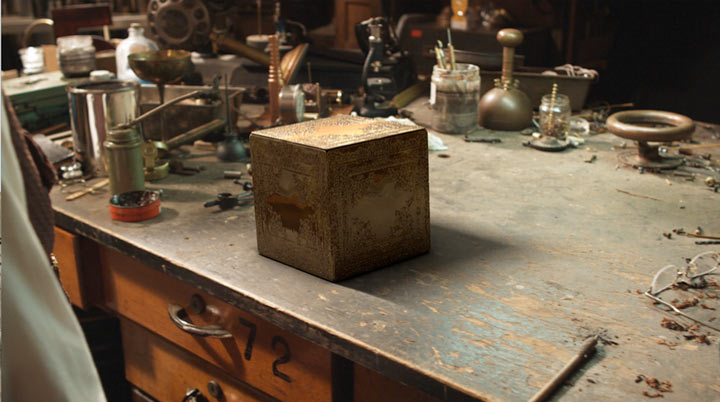 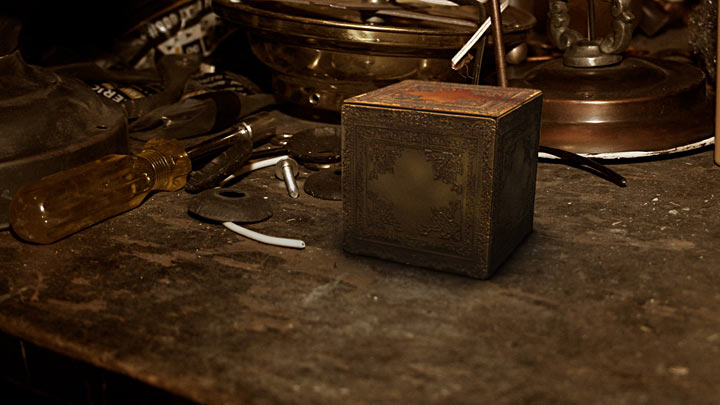 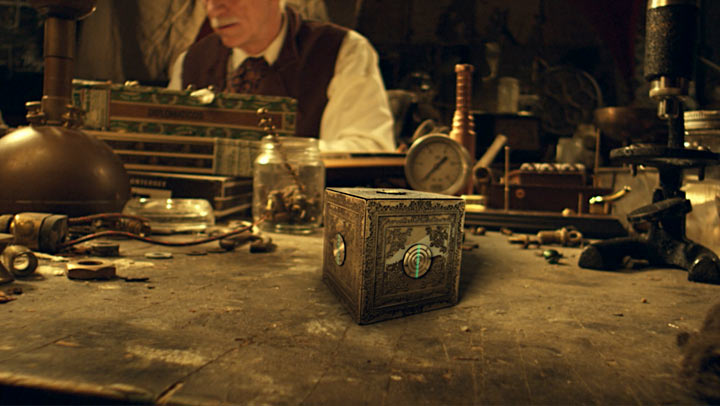 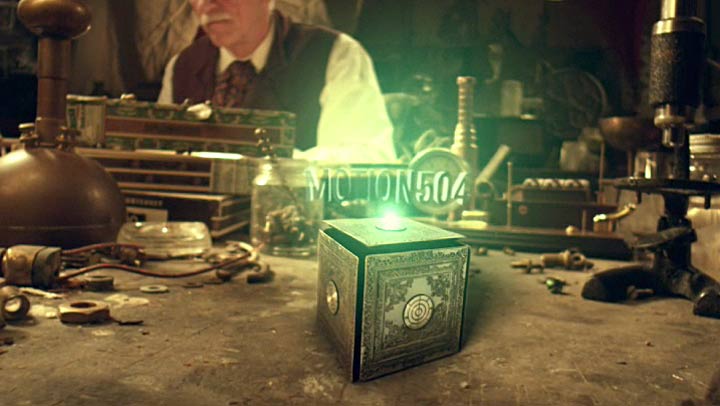 Still from the title sequence

The gadgets are curiously self-powered, each with a distinguished look and kinetic function. Wenner and his team specifically designed them to engage and encourage the audience to use their own imagination to explain how the gadgets work.

The live action footage was shot using a RED camera with a snorkel lens. The 16 gadgets were created using Cinema 4D, and integrated seamlessly into the scene.

Minneapolis-based broadcast design and animation studio motion504 specializes in the art of motion. The company has done work for film, TV, advertising and music for clients including Discovery Channel, Best Buy, Nexxus, and artist Beyoncé Knowles. motion 504’s philosophy is built upon the idea of collaboration through communication, critique and contribution amongst its artists and clients.