Marshall, Will, and Holly on a routine expedition
Met the greatest earthquake ever known.
High on the rapids it struck their tiny raft,
And plunged them down a thousand feet below.
To the Land of the Lost 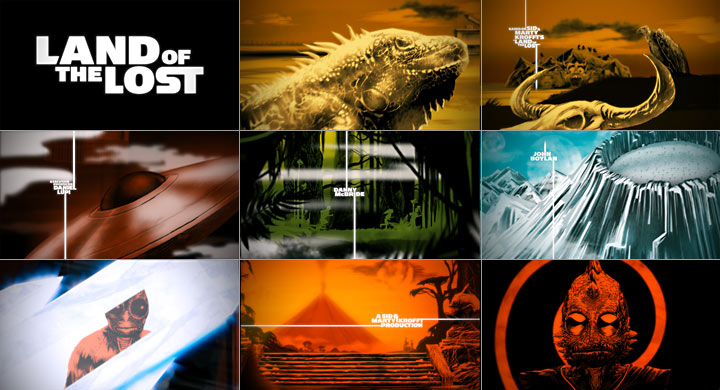 Those who watched the original Land of the Lost children’s TV series from the early 1970s will instantly reconize the lyrics of the theme song. Land of the Lost was a weekly tv show about Will, Holly and Marshall who are mysteriously sucked through an interdimensional porthole into an archaic prehistoric-looking world inhabited by strange fantasy monsters and dinosaurs, such as the recurring Tyrannosaurus Rex. Popular as it was, with its stop motion monsters, dire blue-screen effects and campy antics, the show now has a certain cult status amongst adults who grew up watching it. The 2009 family movie Land of the Lost is a comedy/adventure aimed at that now adult demographic who has fond memories of the show.

The animated characters in the end credit sequence are overly stylized and simplified, which calls to mind another American cult phenomenon from roughly the same era; Sunday morning cartoons. Think Josie and the Pussycats and Scooby Doo by Hanna-Barbera, or Journey to the Center of the Earth by Filmation. Pressed by budgetairy limitations and time constraints, those animation studios developed a super economical and fast production process referred to as “limited animation”.

Art director Jeremy Dimmock, who led Alchemy/Axiom‘s creative team with Brent Watts, took some of the more “campy” elements of the original TV show as their main source of inspiration for the end credits, as Dimmock explains: “Visual inspiration for the characters was pulled from production stills sent to us from the studio. Most of the objects, creatures and environments where shown at some point during the movie, but it was left to us to put them into a coherent visual journey. We felt the style of the art should be a bit campy like the original television show. We used the color palette to differentiate the different scenes and keep the titles visually interesting for the full three and a half minutes.” 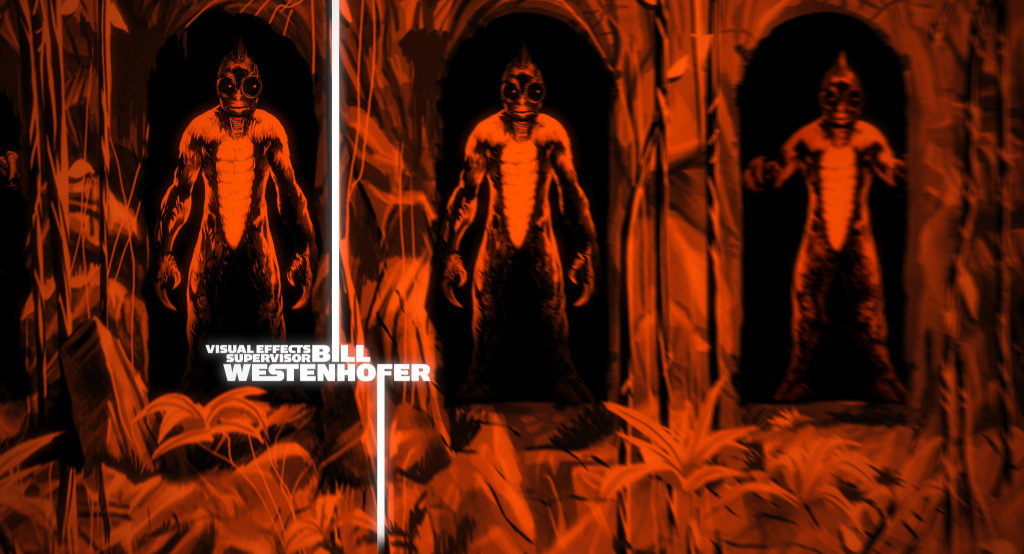 “We researched as much 1970s art, design, film posters and typography as we could. Our internal work was much more influenced by the original 1970’s television show. As we developed the final concept we kept the typography and some hints of the genre in the art style that would be complimented by our evolving color palette.”

“For other film titles we looked at Jamie Caliri‘s Lemony Snicket’s titles as we where working with the same movie director [Brad Silberling] and knew the level of quality he had come to expect. The studio Blind had done a music video for the Raveonettes that was equally inspiring, and with the large number of talented designs and studios out there we had no shortage of contemporary inspiration.”

Could you tell us something about the animation process?
JD: “The process was an initial pitch of style frames and a motion test shown to the director. Brad liked the design and typography, and we discussed how a journey throughout the environments would compliment and add to the story without deviating from his movie. We story boarded out the journey and then refined an animatic until we had the timing and basic transitions right, before utilizing the final illustrations we created.”

Please tell us about the font used for the logo. It looks very familiar.
JD: “The font is a House Industries font called Simian based on the Planet of the Apes movies. The font had the perfect feeling of the 1970s science fiction vibe that we where looking for and provided the perfect base to build the Land of the Lost logo from.

“The composer is Michael Giacchino, who took our animation and created the amazing score for the titles.” 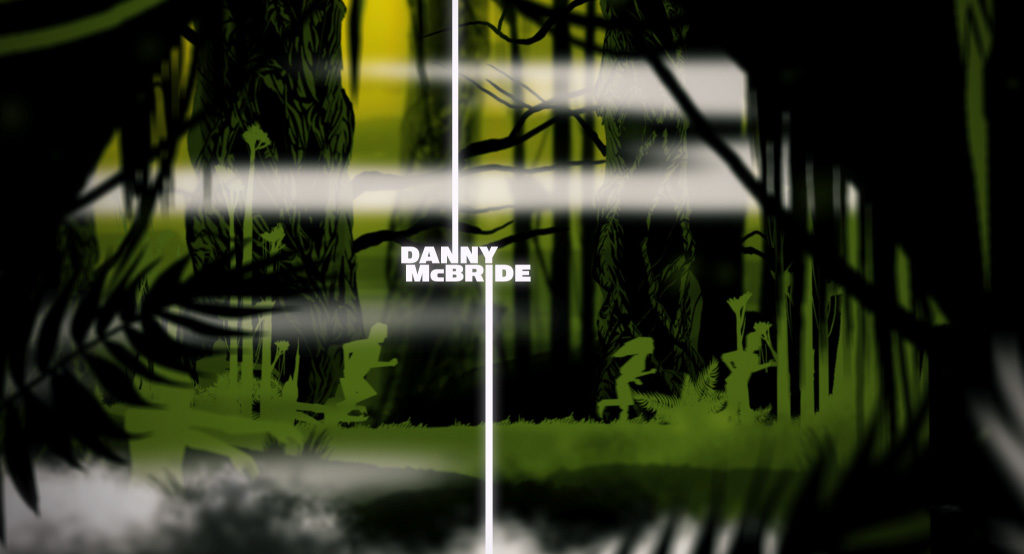 About Jeremy Dimmock and Brent Watts

Alchemy Land of the Lost

about Land of the Lost