Santa Monica, CA-based visual effects and design company A52 pitched their concept for the Carnivàle opener to a group of HBO’s executives. “We thought their pitch was the most creative,” commented Todd London, one of the show’s producers, afterwards. The main creative force behind the team that worked on the pitch and the opening sequence was Angus Wall, the project’s creative director. 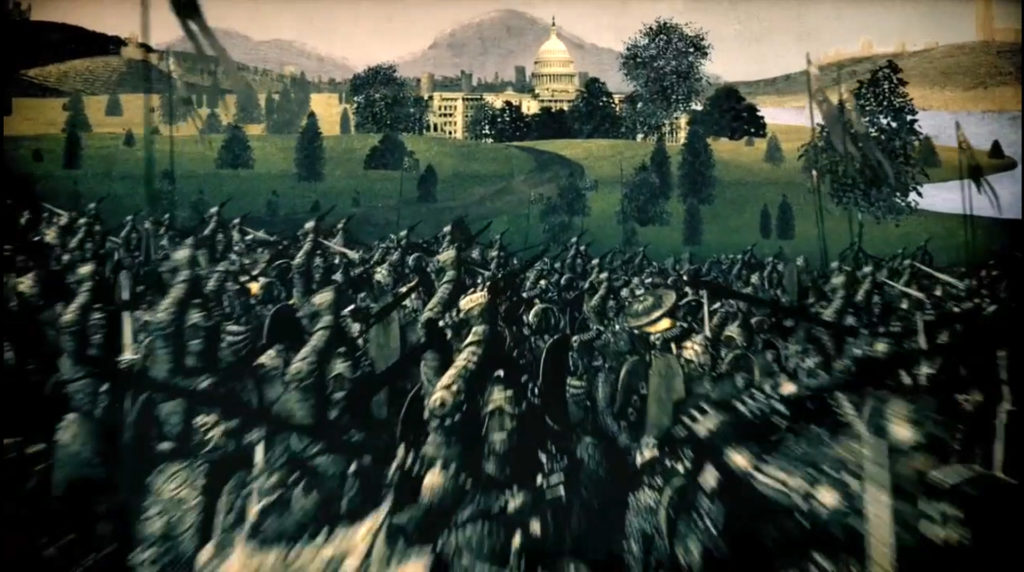 Typically, the opening sequence doesn’t credit anyone. The main goal of Carnivàle‘s opener is to ground viewers in the time frame of the show – the US in the mid 1930s – a time of global unrest, with facism on the rise in Europe and the Great Depression, which has  devastating social and economic effects in cities all across the US. The carefully selected archival documentary footage also touches upon the main theme of the show, the eternal conflict of good versus evil. Famous works of art, such as Michelangelo‘s ‘Last Judgement’, an etching by Gustave Doré of an angel fighting a dragon, and Raphaels ‘St. Michael Vanquishing Satan’ explore that theme from a Christian, art historical perspective.

The camera transports the viewer inside the Tarot cards through 3-dimensional interpretations of those works of art, that transition almost seemlessly into a sequence of clips taken from historical films. Each card represents a different element of Carnivàle’s ambiguous storyline. So, both visually and in terms of its meaning, this is a multi-layered opening sequence. Angus Wall points explains the meaning behind each scene in detail on the show’s website, which features a special section devoted to the making of the opening sequence.

The opener combines 2D and 3D design with visual effects according to A52‘s press release: “Scans of famous artworks were separated into foreground and background elements, then assembled into “2.5D” sequences inside SideEffects Software’s Houdini. Motion sequences were carefully edited to highlight historical events, and the entire :90 was assembled in Discreet Inferno.” 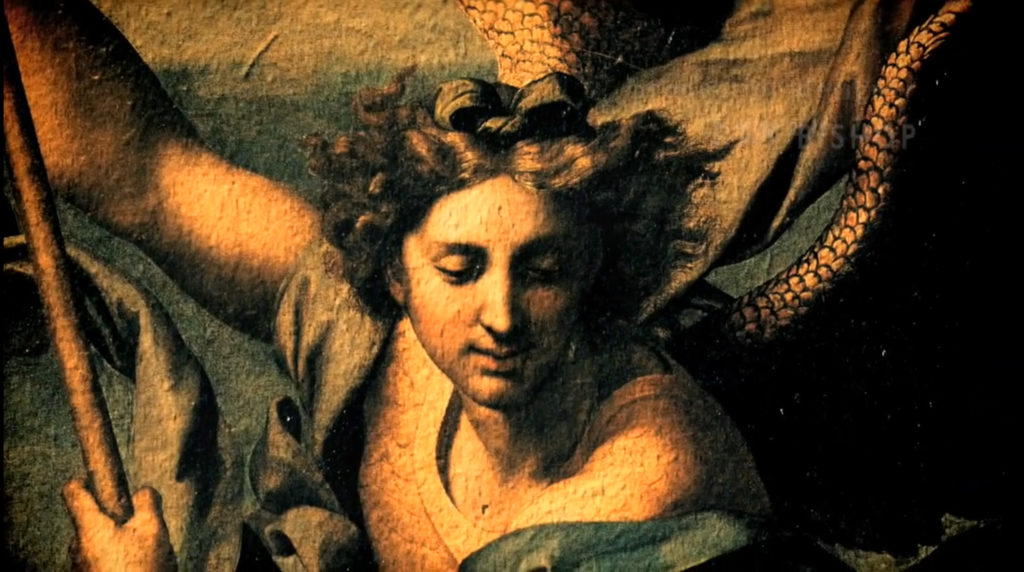 Angus Wall’s first feature film experience was editing Kyle Cooper’s main title sequence for Se7en, David Fincher’s groundbreaking thriller from 1995. Prior to that, Fincher and Wall both worked for Propaganda Films, a production company that specialized in music videos. Wall and Fincher’s continued to collaborate on other projects. He edited Fincher’s Panic Room and later Zodiac. Wall is also know for directing several innovative commercials for Hummer, Infinity and other brands.

has a paragraph about the title sequence