Shine designed the gleeful and stylish animated Main Title for Jennifer Lopez-vehicle The Back-Up Plan – a rom-com about a woman who dreams of getting pregnant but hasn’t found the right man yet. Her back-up plan is artificial insemination, but on the very day of the procedure she meets “Mister Right”.

Reminscent of the illustration style of the 1960s and 1970s and, the title sequence shows a woman strolling the streets, as “New York icons graphically morph into baby iconography.”

“Director Alan Poul knew he wanted an animated title sequence from the start,” recounts Riley. “He wanted a title sequence that would clearly set up the audience for a romantic comedy.”

The stylized design of the title sequence echoes the visual language of “limited” animations of the 1960’s and 1970’s period. “When Alan gave us the brief before pitching ideas, he said he wanted to reference the graphic language from some of the great classic romantic comedies,” Riley says. “The movie is set in present-day, so it couldn’t be too nostalgic or retro. We looked at a lot of old title sequences from film and television for inspiration but didn’t reference any of them specifically. We wanted to be original.”

“I remember when we showed this first idea to Alan and editor Priscilla Nedd Friendly in the cutting room, they both said “Uh oh” when they looked at the first frame. That first board was totally off base, because the script had changed by the time we arrived to present the boards.

“Then, we walked through the second of four boards, which was a very stylized, graphic board of a silhouette walking through frame as New York icons graphically morphed into baby iconography. Alan thought the concept showed promise, but he thought it was too cold and stylized. So we came back for a second presentation with a board that had a much lighter, playful feel. That solved the design challenge for Alan. 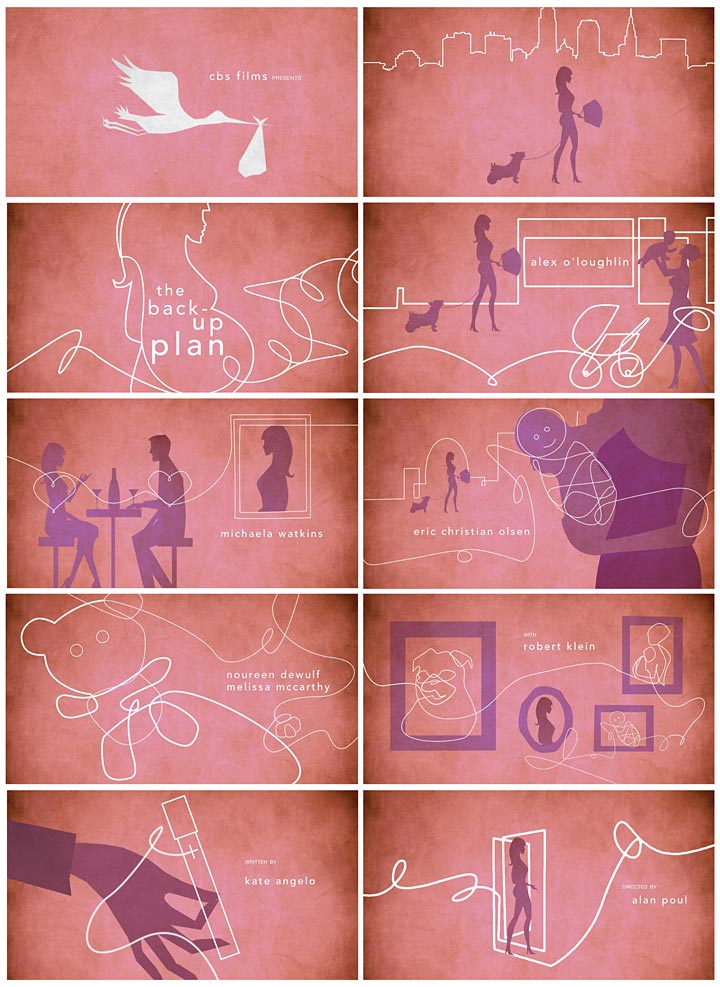 The final project evolved quite a bit from the original storyboard. “Many of the jokes from final piece were in this second board. But many of the ideas and additional gags for the sequence came about through subsequent lively brainstorming sessions with Alan, Priscilla, Shine executive producer Bob Swensen, and myself. Many other ideas came about through collaborative conversations with the team at Shine.

“The character design and the illustrations were all original. Nate Wragg was our illustrator. He has many great styles, but this particular style felt just right to us. He drew many in-between frames so we were able to animate the characters in a simple, graphic way. Dan Meehan and Cory Shaw were instrumental in designing motion and transitions.

Who did the typography?
“Ryan Miziker was our calligrapher. He has a very natural, spontaneous style. Ryan also did calligraphy for us on Taking Chance, an HBO film.” 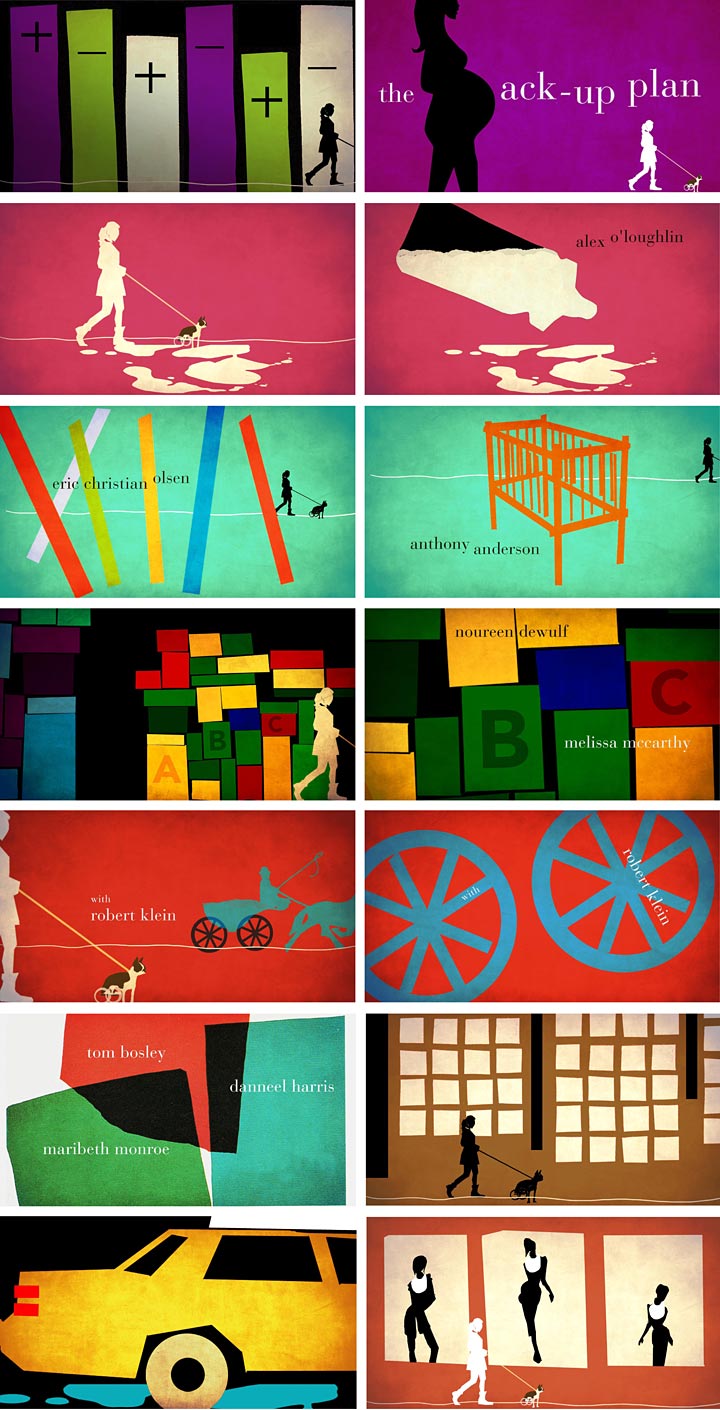 on The Back-Up Plan

4 responses to “The Back-up Plan”