The expressive color palet of black, rusty red and off-white reflect the movie’s time setting and plot. The animation is perfectly synched to the soundtrack, adding style and panache. The suspenseful atmosphere submerged the viewer in the crime plot of the film. 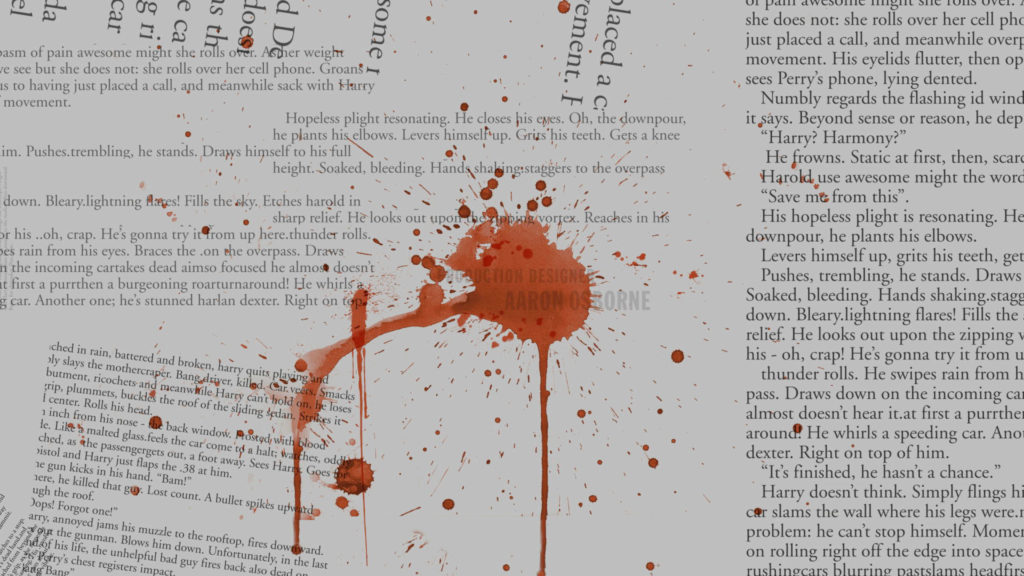 Danny Yount: “Joel Silver had approached us to do a short title. He had shown us some old detective novels that would be a key component to the story. They had a 1960’s look, so I thought I would make it reflect that time period by making it look a little Saul Bass-like. They liked the idea so much that we were allowed to do a long title sequence. Jon Ottman wrote the score for it.”

This title sequence was nominated for an AD&D award.

As a self-taught designer, Danny Yount learned everything he knows the hard way. It was the work of Kyle Cooper that lead him in the direction of main title design.